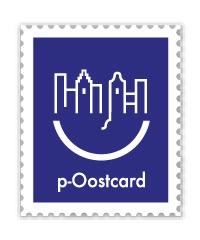 This page is about offline and online storytelling in Amsterdam East: p-Oosts* & private local guiding

Hidden gems in the unusual Amsterdam: tours in the eastern part by local guide Lex 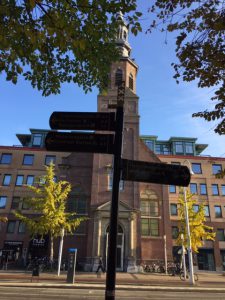 The Eastern part of Amsterdam, Amsterdam-Oost, is developing at an incredible pace; new bars, new restaurant formulas, redecorated parcs, roads, hotels and houses.
Check out the unusual Amsterdam with the storyteller of the East; local tourist guide Lex. (And avoid the crowds.)

Lex and the City creates “Eastern Lexperiences”: tours in Amsterdam East.
Storyteller of Amsterdam Oost. Online and offline; blogger + unusual local tourist guide in East-Amsterdam.
Outings and tours in for example The Indische Buurt. Or at IJburg.
And I blog about the unsual Amsterdam: on my website and at the websites of the partners the Eastern part of town.

Special outings in the neighborhoods of Amsterdam East, each of which is different and develops strongly.

Touring by bike with your own private group, on the scooter/footbike, walking or inline skating lessons and training in Oosterpark.
Amsterdam off the beaten track.

Lex van Buuren is a private local unusual guide in Amsterdam East, who lives in the Indische Buurt; in the heart of this off the beaten track area.
His specialty as a guide in East Amsterdam is a 1 hour walk starting from your hotel. And in the neighborhood. Looking for hidden gems of Amsterdam.

My stories appear on my own website, the websites of partners and on social media. (microblogging)
A connecting term of this offline and online branch is storytelling about Amsterdam East.

These stories about the unusual Amsterdam and its hidden gems are also out of the box; exactly as is the owner and Amsterdam-East itself.

Local entrepreneurs (restaurants, bars, clubs and hotels) in Amsterdam East are being served by the digital marketeer Lex and the City by writing texts and making pictures for their website and for their social media. This SEO storytelling brand is called Lexposure.

We also think about new formulas, off the beaten track events, that can be successful.

Finally, Lex and the City brings together groups who want to discover the hidden gems of the unusual Amsterdam. (For example during a break of an bike tour in East Amsterdam)

Lex and the City in East Amsterdam: videoclip of 45 seconds in English

Request a tailor made tour | The Eastern Lexperiences, Amsterdam East with your own group, your way

Ask Lex for an Eastern Lexperience which suits you(r group). Make your unusual Amsterdam ideas turn into reality with an off the beaten track group activity in Amsterdam East with Lex and the City.
What’s app or phone: +31 6 55 33 77 26 | E-mail: [email protected]

Support the storyteller; the Eastern Lexperiences, Unusual Amsterdam, with a review

The “Eastern Lexperiences” herald a “lexciting” leisure chapter for Lex and the City.
Have you been with us on a Skate-A-Round trip? A scooter tour in Amsterdam? A company event and / or bicycle tour in Paris? Did DJ Lextase make the difference for you?

Then help Lex and the City with it’s mission by writing a short review about us there. (1 sentence is fine!)

Other Lex and the City services in English

Unusual experiences in Amsterdam: urban, private & active tours | skate teacher | bike courier | SEO coach
City experiences? –> unexplored Amsterdam :) different urban Lexperiences. Lex and the City acts the unusual way. Moreover it thinks and acts out of the box, urban, sustainable, active or sporty, international, curious and customized.  Recent opinions and reviews about Lex and the City (last one: June 2022) In spite of the current challenges in […]
Opmerkingen | Comments (We do not receive a notification by the way.)
WhatsApp Lex
x
Call Lex
Ga naar mobiele versie