An unusual bike tour; in Amsterdam North (“Amsterdam-Noord” in Dutch) has something raw, adventurous and exciting. (Still.)

We are happy to guide you on foot or by bike along the classic dike houses, or the NDSM wharf, the new construction around the Adam Tower or through the picturesque garden villages.

A review about the introductory outing for educational organization Innoord . (August 2022)

At Lex and the City, you and your tour advisor choose the tour that suits your group. You can choose Landelijk Noord : Waterland-East with dreamy villages such as Durgerdam, Ransdorp and Zunderdorp.
Or for the unusual  9 Garden villages tour, which is described below.
Or the hip, new North with the EYE film museum, the Adam Tower, The (sustainable) Ceuvel, interspersed with the 100+ year old Van der Pekbuurt.

Or cycle from the Adam Toren and EYE film museum to the beautiful houses on the Buiksloterdijk…. there is something nice to choose for every group or family. You can also combine.
Typical themes associated with Amsterdam-Noord are sustainability, growth, diversity, reuse, unusual, space, and remarkable new construction.

Places we can enjoy; where we come by. 14 highlights and hidden gems in Amsterdam North:

PS: I now realize that an important one is missing: the place where Ajax started in 1900 on a soccer field…in Noord! :p


Feel free to try and use it, in case that is what you are looking for.

Below you will find a description of the (shorter) tour in Noord. On the scooter / footbike. You can also book this 10 km tour as a bike tour at Lex and the City.

Scooter tour in Amsterdam-North: Active with sustainable highlights | 7.5 to 10 km.


(We can also do this North Amsterdam tour for you by bicycle. When cycling, the focus is on the so-called sights & sounds (the content) on the scooter is a bit more sporty. Scooters with 1-2 bicycles, for example for a pregnant woman, is also possible.)

All signals seem to be green for this tour! Because the theme is green, people want (see) this, it’s in our genes and we are ready for it. (also for you)

Of course we will also see the famous Adam tower. (Yeah, the one with those swings on the roof.). And that spot of architecture next to it; EYE film museum. A so-called crea playground where we also provide private inline skate lessons.
And maybe we’ll also take the ferry with your group.

Highlights of the private tour in Noord on the scooter: “ Unexpected Amsterdam ”.

On the road with your group in Noord! (start description of the private tour with Lex and the City) 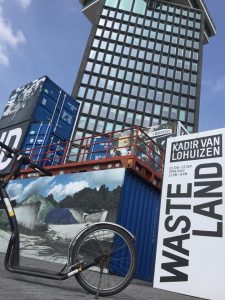 The start of the guided tour through Amsterdam-North is near Café de Pont. So in the corner where the Tolhuistuin is located and also the A’DAM Toren, This is Holland, EYE Filmuseum and the new chic neighborhood Overhoeks.

Here is the former Overhoeks Shell tower , which is now the ADAM tower, and of which the Amsterdam Look Out is part.
Next door is EYE, the film museum.
Club Paradiso Noord is also nearby.

You could possibly can have lunch in the morning next to EYE in the Tolhuistuin.
We have also eaten upstairs with a group at EYE with a view of the IJ.
(To a Flemish group customer:) If you want proof that we Ollanders can also bake fries, then the fries place “Gare du Nord” is just around the corner.

We first scooter along the IJ, with a view of the already new Westerdok district and the Pontsteiger with its famous $$ million penthouse. (Across the water that is!)

Stepping towards the Garden Villages. Visiting the van der Pekbuurt and the Ceuvel

The Van der Pek neighborhood is located above Overhoeks. This garden village has rapidly become more popular in recent years. With its low-rise buildings, it also gives a village feeling in the city.
A popular (Italian) restaurant is Il Pecorino , which was founded by the well-known entrepreneur Mick Sonnenfeld. ( Our ex-tour guide in Paris; in the end-90’s .)

Then we continue the tour in Amsterdam-North to the Ceuvel on the scooter!

De Ceuvel is a sustainable hotspot for creative and social entrepreneurs on the former shipyard Ceuvel-Volharding in Amsterdam-Noord. You will be amazed with all kinds of recycled houseboats that are now on dry land. And that looking around; that’s what we’re going to do there too; on a special way.

The scooter tour continues through the Noorderpark, over the North-South line and over the Nieuwendammerdijk

The Noorderpark is a merger of 2 existing parks and even contains 2 former gas stations with a new mission.
Then along the Buiksloterdijk, which used to be on the IJ.
Daan and Lisa are the enthusiastic team of the Pink Panther; one of the 2 former gas stations that now serve as a cultural center, place for workshops and other creative excesses. Children are also a target group.

Then we turn onto the Nieuwendammerdijk. Enjoy the history here in the form of beautiful houses; including the inspiring story of your scooter guide.
After this we go stepping through the Vliegenbos.

Via the station of the North/South line, the Vogelbuurt, De Willem-I lock (with a view of the De Six Haven and the famous Mandela house) we step back to Overhoeks, where the Pont to Amsterdam Central is also located.
That was the Unexpected Amsterdam Tour you might have been hoping for.

Other options are also negotiable.

Stepping in Amsterdam Noord as a staff outing: an example of a quote to a large organization. (July 2021)

You have submitted the following quote request:

I would like information about the possibilities for a possible staff outing . Is it possible to tour Amsterdam North
with about 50 people with scooters ?
What would be the cost and what is the duration of the tour?
It would be {date} upcoming.

The central place where we start at ?? hour* is your location.

*: the start time is needed to take an option for you.

Your participants or members can choose from various inspiring Amsterdam-North themes during the active staff outing in Amsterdam-North.
Duration of the tour : 2 hours. We make story stops in between and take two bottles of water or something in your backpack and a bar. (Drinking alcohol before or during the tour is not allowed.)

Price :
The fine print ; the general terms and conditions of the Lex and the City sporty private tours in Amsterdam

4 photos of scooters in Amsterdam-Noord for your internal promotion in the attachment. 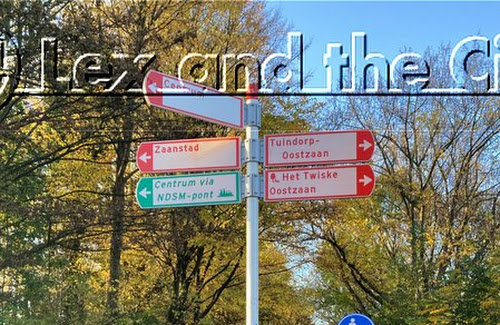 Footbiking in Amsterdam for business people, or as part of an incentive:


Unusual Amsterdam incentive tour: footbiking for business groups. | Corporate Tours in the capital of NL
A sustainable and sporty outing. An unusual city experience as well.  It is binding.  Private incentive tour. Moreover footbiking is an original corporate activity in Amsterdam, taking a flow break from meetings.

Call or app Lex and the City for a guided tour by bike or scooter through Amsterdam-North: +31655337726. Or [email protected] Easy does it.

Lex has been touring Amsterdam with groups since 2005 .

It is his mission to enthuse people to explore the city in a sporty and healthy way . In “unexpected Amsterdam”.

In addition, he is one of the few Amsterdammers who scooters almost every day as a hobby, for fun, and also to get from A to B.

Finally: Lex van Buuren is a sporty tourist local private guide in Amsterdam .
So on the scooter, but also on the skate and as a cycling guide and outside the box.

Photo on Instagram of the “ Amsterdam Lexplorer ” of a guided tour in Amsterdam North: a company outing for 12 people. (October 2019)

A few more photos that Lex and the City took while plotting routes in Amsterdam North. (Or has had groups that scootered along in “Unknown Amsterdam”.)

Platform for adventurous women asks Lex and the City for examples of “adventurous Amsterdam”.

Alice goes Wild, platform for adventurous women, picked up the spirit of Lex and the City. (Thanks for the publicity, Brigitte Ars.)