Hi, Lex, here, local private guide in Amsterdam. I want to talk to you about food in Amsterdam. Places to eat. Mostly unusual restaurants. 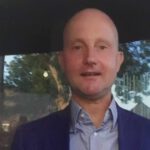 When we talk about typical eating out in Amsterdam, 3 things are on my mind:

1 – Indonesian food, because of our history and the quality of the food.

From this top-5 of Indonesian restaurants, I have been eating in  and Sampurna  (And I have eaten there with satisfaction.) And I add an Indonesian food option in our beloved East.

An alternative, linked to our history, is Surinamese food; on the Waterside. (I had a good time over-there.) A hidden gem Surinamese option is to be found in Amsterdam East: Roopram. Do not expect any luxury, just expect good food!

2. – “Eetcafés” (Eatcafé). Eating in a cafe with limited choice, however fresh, cheap and from the heart.

One so-called eatcafé in the Red Light District at great location: A tip from my colleague Frank. (Not open on Mondays)
Another eatcafé is on the Singel, the most inner canal, above the “big 3” Herengracht – Keizersgracht – Prinsengracht.
It is called Singel 404. However this is for lunch and not for dinner.

A (simpel however good)  eatcafé which I consider a hidden gem, is located and hidden behind the Amsterdam School Architecture Bridge and & former shipping head quarter. Hardly any tourist knows this place. Captein & Co. Another simpel taugh romantic one is located in one of Amsterdams’ oldest buildings. In Schreierstoren.

One in the famous Jordaan (A bit further from your Hotel): De Blaffende Vis. (famous place because of Queensday; see picture beneath)
I have eaten here a lot.

And finally an “eetcafé” in the Eastern Docklands. It is called Ocean. (Website is in Dutch)

3- We’ve got kitchens from all over the world, as in Amsterdam 181 nationalities live together.

The contradiction here: The Netherlands hardly has a kitchen from its own, however Amsterdam has the whole world in the house concerning food.
Me I like to go to the non-touristic sort of hidden gem Khorat Thai Restaurant, next to famous Vondelpark.

An international good place is bar van Rijn on the Rembrandt-square, next to the statue of the famous painter. I have eaten well there with good service.

Traditional Dutch food is to be found at Hap-Hmm. This place, nor far away from Vondelpark, is very authentic. For me it is like I walk into my Grand ma’s house.

Eating French fries on a market (while you walk): Vita’s Friet, a (red) stall on the very local Dappermarkt (East Amsterdam).

An eating out classic on the canals in Amsterdam is Spanjer & van Twist. (I liked it.)

Brasserie Nel is a playful place next to the Prince canal, which is suitable for eating with your children. It has got a great square, including “Pétanque (Jeu de Boules track), which is a populair French game in the Netherlands.

Vietnamese food: it is a tip from one of our Lex and the City team members: Tomas. Little Saigon on the Zeedijk. He says: Here you eat Vietnamese streetfood as you do in the streets of Hanoi or Ho Chi Minh.

Local private guide in Amsterdam, also speaking French. | Customized, green, sporty & unusual tours.
Join me on a surprising tour in Amsterdam. Go for that local style. And head with your guide for highlights, the unusual and for hidden gems in the capital of the Netherlands. This Amsterdam private guide web page gives you insight into the ways you can take advantage of my specialties, experience, preferences and qualities […]
Opmerkingen | Comments (We do not receive a notification by the way.)
WhatsApp Lex
x
Call Lex
Ga naar mobiele versie